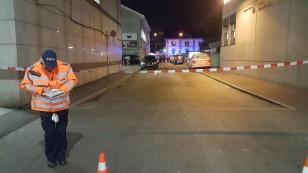 Moments after the Russian ambassador to Turkey was shot dead during an exhibition by an attacker who screamed "Allahu Akbar", Swiss Blick magazine reported that three people were hurt during a shooting at an Islamic center in Zurich.

Proceed to the page: http://linkis.com/hzRUm