More than 80 percent of the campaign contributions Donald Trump's national finance director has made since 1998 have gone to Democratic politicians, according to a Washington Examiner analysis of Federal Election Commission records. Trump appointed Dune Capital Management CEO Steven Mnuchin to head his campaign's fundraising operation on Thursday, as he begins to prepare for the general election...

Proceed to the page: http://linkis.com/fScuE 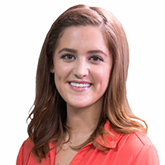