State Department officials are set to release the final batch of Hillary Clinton's private emails Monday, ending a months-long process that has prevented controversy over her email network from fading with time. The agency must release more than 6,000 pages of emails Monday if it plans to adhere to a court order handed down in a Freedom of Information Act lawsuit filed by Jason Leopold of Vice...

Proceed to the page: http://linkis.com/ZAPLl 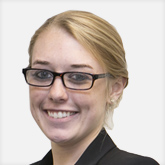