By PETER BAKER and ISABEL KERSHNER September 28, 2016 JERUSALEM — World leaders made plans to converge on Israel to pay tribute to Shimon Peres, the Nobel Prize-winning former prime minister who died on Wednesday, focusing renewed attention on his quest for peace in a fractured land that fell well short of his dreams. Presidents, prime ministers and a

Proceed to the page: http://linkis.com/oENhM 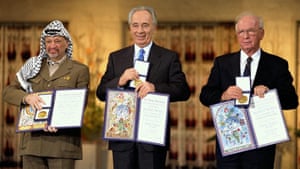 Shimon Peres, Nobel winner and giant of Israeli politics, dies at 93 - The...